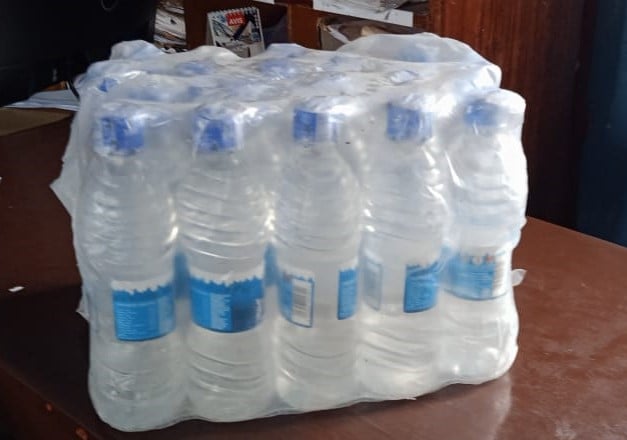 Police in Ndirande have arrested Dickson Mike, for supplying counterfeirt and defective Nyika Still Water to a shop 14th March, 2022.

On 28th February, 2022, MBS registered a complaint against Universal Industries Ltd’s Nyika still Water bought at a shop in Ndirande, which had foreign bodies and caused stomachache after consumption.
Having showed different batch numbers, the shop owner in Ndirande was asked to trace the supplier of the Still Water being sold at his shop, and this led to the arrest of Dickson Mike.

Investigations showed that Mike was refilling the used Nyika Still Water bottles from Universal Industries with tap water . The still water also bore Nyika Still Water plastic seals which looked to have originated from Universal Industries Limited. This proved that the product was not only a counterfeit one, but also a defective one being packed by an uncscrupulous trader.

Whilst sale of counterfeit products breaches the Merchandise Marks Act (Cap 49:04) which is being enforced by the Ministry of Industry and Trade and the Malawi Police Service respectively, the malpractice of supply of dangerous or defective commodities is against section 39 of the Malawi Bureau of Standards Act (Cap 51:02) and attracts a penalty of MWK1,000,000.00 and a sentence of 1 year‘s imprisonment as per section 44 of the Act.