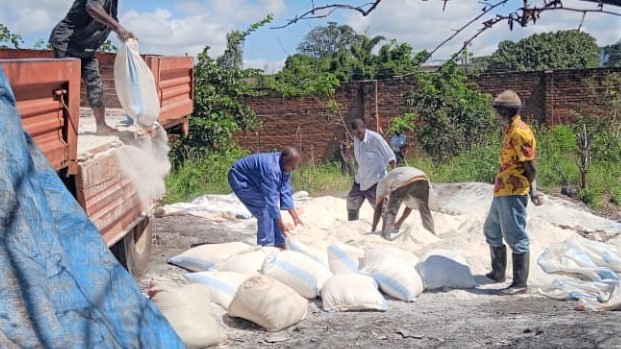 The Malawi Bureau of Standards (MBS) has fined the Central African Produce for stocking for sell expired maize cream on 29th April 2022.
This follows a tip from the public that the company was allegedly stocking and repacking expired maize flour for sell. A follow up by MBS that was conducted recently revealed that the expired maize cream was being repackaged for sell by Central African Produce in Limbe.
The Central African Produce have further been given a default charged and the company has further been ordered to cover all the associated costs required during the disposal activity of the expired consignment.
The malpractice of selling expired or defective commodities is against section 39 of the Malawi Bureau of Standards Act (Cap 51:02) and attracts a penalty of MWK1, 000,000.00 and a custodial sentence of 1 year‘s imprisonment upon conviction by the court as per section 44 of the Act.
The MBS wishes to commend the general public for its continuous support in providing tips and would like to assure the general public that all tips will be investigated and appropriate action taken on all those who breach the Malawi Bureau of Standards Act.